NICKELODIUM JUDGED ONE OF BEST NOVELS OF 2014

Hi Everyone–Sorry I haven’t posted a blog in a while, but I’ve been writing the sequel to NICKELODIUM, which will be titled AMERAGEDDON (see below for cover pic, synopsis and approximate date for release).

I am pleased to report that NICKELODIUM has won the 2014 “President’s Book Award” as one of the best novels of the year. This honor is sponsored by the Florida Authors and Publishers Association (FAPA), and I received it on August 9th at their annual conference in Pompano Beach. I was also grateful that my two daughters and granddaughter were able to attend the Awards Banquet that evening. 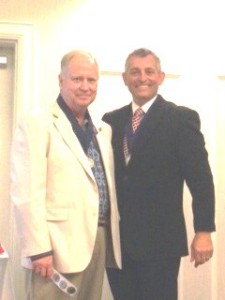 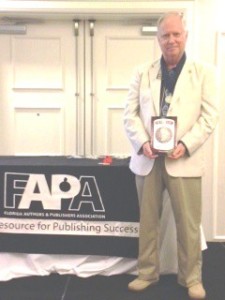 NICKELODIUM will be featured at the BOOK EXPO AMERICA starting May 29, 2015 at the Jacob Javits Convention Center in New York City. This is the country’s largest annual gathering of Authors and Industry Leaders. It is also the greatest venue to introduce new books to top publishers who will be looking for new ideas and works. Fingers crossed!!

Now to the sequel, AMERAGEDDON. This will be my first novel delving into the subject of terrorism, and will be on sale sometime in late 2014.

One of the characters in the previous story–NICKELODIUM, Sharon Richards, is aboard the world’s largest cruise ship with her husband and two sons. The ship is demolished by a hijacked airliner in Lower New York Bay, causing a massive explosion as well as thousands of deaths and injuries. Sharon, a recently-retired FBI agent, somehow survives the attack but loses her family in the conflagration.

In the next few days, five more attacks on famous American landmarks shock our country to the core, causing more casualties than any coordinated series of events in U.S. history. A terrorist group calling themselves “al-Qaeda in America” claims responsibility and promises more attacks. Though the President of the United States institutes martial law and curfews, the country is helpless to identify and stop these attacks due to our  politically-correct law enforcement procedures.

Through her quest for revenge and a unique set of circumstances, Sharon becomes the only person capable of stopping this home-grown cabal bent on destroying the United States of America.

I will be blogging more on the progress of this EXCITING, CHILLING and (God forbid) PRESCIENT novel, which will be available sometime late this year . Meanwhile, please visit my website: http://www.DAVIDCARLMIELKE.COM, where you can read the synopsis of NICKELODIUM and my other novels: THE LENA MILLS TRILOGY.

That’s all for now. Thanks for your interest!